Welcome on JBK audio website.
This site is about my digital signal processing projects :

Also, I am a member of Rootikal Vibes Hi-Fi and compose tunes played out on the sound system.

Rootikal Vibes HiFi is a roots & culture sound system based in Besançon, east of France. The crew was created in 2011 and gathers four reggae activists.
Our aim is to spread conscious reggae music to the maximum. In order to complete our mission, we have built a homemade sound system (10 000 watts for now).
Our selection varies from roots reggae 70's to conscious digital reggae and modern roots & dub music from all over the world : a mix of styles and ages with two common points, a militant & positive message and heavyweight bass.

I compose tunes played at Rootikal Vibes sessions and by a few other sounds.
You can contact me at contact_at_jbkaudio.fr
Here is a youtube playlist of some of my tunes played in session :

The DSG is a kind of Dubsiren. Simply put, it is a synthetizer, not used as an instrument but more like a sound effect (see the Wikipedia definition).
Most dubsiren are analog, inpired by the NJD SE-1.
The DSG is digital, enabling to reproduce "classic" siren sounds, but also more complicated sounds that can't be produced in an analog way.
For now, just one prototype has been built, in a metal twinnings tea box.
The red push buttons allow to select a mode (8 buttons : 8 modes in total), except the one on the top which is the trigger.
For each mode the LFO is used in a different way.
One potentiometer is for the volume, one for the pitch, and one for the LFO speed.
There could have been many pots and selectors to control directly the sound, at the cost of ergonomy and ease of use.
This way of implementation (different fixed modes) has been chosen in order to be easily used in a live venue.
The modes can be quickly reprogrammed with a laptop.
This model is actually used by Rootikal Vibes Sound System.
Here is a youtube demo video of the DSG played through an echo chamber : 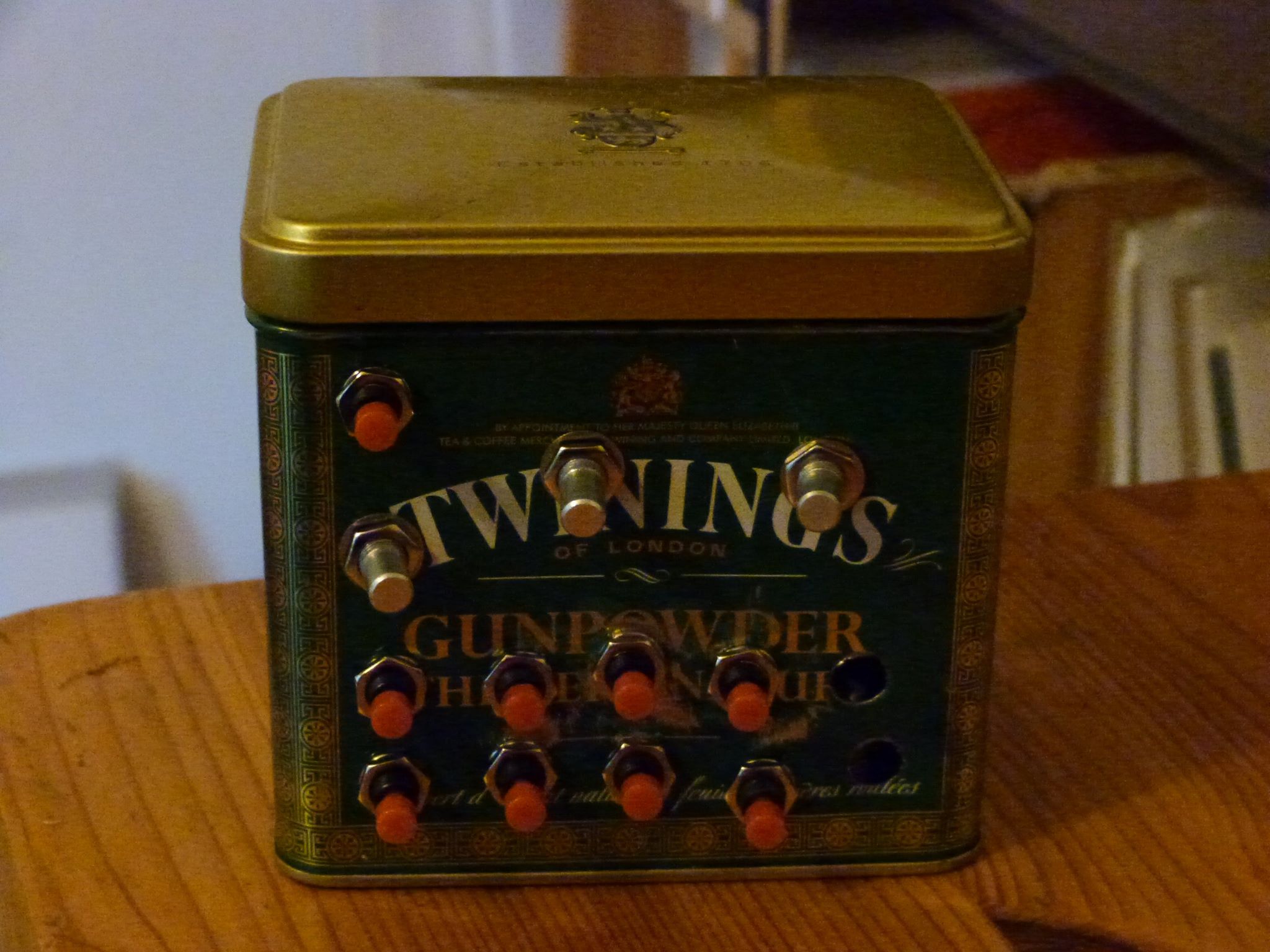 This is a software developed since early 2015 and still not fully finished yet.
The aim is to emulate functionally on a PC application a reggae pre-amp.

How?
A soundcard is used for the many audio Inputs/Outputs(I/O).
Developped in C#, communication in ASIO with the soundcard
A MIDI Controller can be used to control the parameters.
All signal processing is done by the software, without any library or API.
But, what does it do?
There are :
- 2 selectable music inputs (phono, line, wav file) mixed with a crossover function
- Custom number of auxiliary inputs (gain, 2 band equalizer, FX send)
- Custom number of effect sends
- Same number of effects returns which are mixed and go through a 2 band eq and gain
- a n-way (customizable) crossover filter, with custom frequency cuts to play with the music input
- another independent n-way (customizable) crossover filter, with custom frequency cuts to separate the outputs
- 10 way graphic equalizer
- 2 semi parametric equalizer (1 for bass, 1 for mid/treble, fixed Q)
- All the I/O are assignable to any of the soundcard's I/O
- All parameters are assignable to your MIDI controller pots

In my knowledge there are no standalone equivalent.
The development is well advanced, I need to enhance the HMI, general optimization, proceed to further audio benchmarking, and functional and performance tests.
If you'd like to know more, or be involved in the test phase do not hesitate to contact me @ contact_at_jbkaudio.fr.